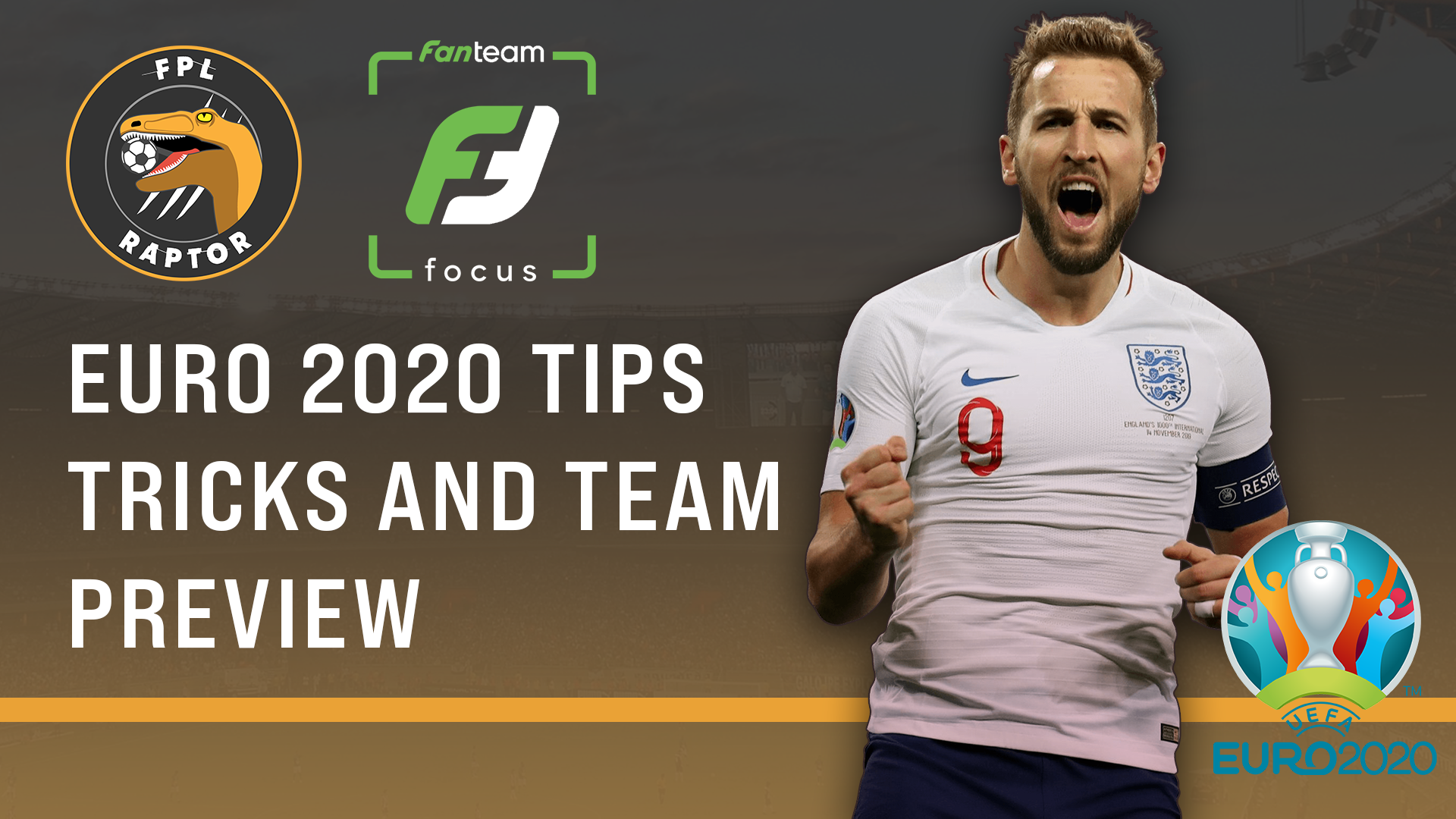 In this article, FPL Raptor (Ross) reveals his top tips and tricks ahead of the Euro 2020 tournament, as well as a preview of his initial draft

Hello and welcome to my second article for the Euro 2020 tournament on FanTeam. I am very excited to be bringing you content for this tournament! In this article, I will present to you my initial draft, and discuss some of the key tips and pieces of advice for those looking to create their team.

Final note – I have used the term Matchday (MD) rather than Gameweek (GW) as this is the classic term for European and UEFA-based tournaments. Do not let it confuse you, MD is the equivalent of GW. ‍

This article will be a slightly different format to my previous articles where I justify each player one at a time. Instead, I will highlight the things I am currently looking for in a draft, which will consequently justify the inclusion of players and the general structure of the draft. Let’s start with the goalkeeper and defenders – who is most likely to get a clean sheet in the Euros?

Please see below the clean sheet percentages as decided by the leading bookies ahead of the Euros (via feedtheox on Reddit). The higher percentages reflect a higher predicted likelihood of keeping a clean sheet (green = likely; red = unlikely).

Whilst bookies odds are not always the best way to determine if a player is likely to return or keep a clean sheet, they often provide a good basis to make decisions. As you would expect, across the groups the teams with the highest percentage likelihood of keeping clean sheets are: Italy, Belgium, Netherlands, England, Spain, and Germany.

There are also teams that have one particularly favourable fixture: Austria (MD1), Denmark (MD1), Germany (MD3).

In accordance with these odds, I have chosen a double-up on Italy and one Spanish defender as the premium options in my defence. I personally do not think it is worth including more premium options than this, as it removes funds that can be spent in the midfield and attack.

After choosing the main skeleton of your team - the premium options - you will be left with five or six players who are less expensive and where it is probably not optimal to start them in all three games in the group stages. As such, you will probably want to rotate your budget assets across the three matchdays. To help with this, I have created a very simple table which states whether I would be happy (“yes”) or unhappy (“no”) starting a player from that team in each respective matchday. The table on the left is from Ben Crellin, the table on the right is created by me.

Not only did I inspect the fixtures whereby the respective players would be useable in the teams, but I also looked at teams that had a good chance of doing well in these fixtures. For example, whilst Czech Republic have reasonable fixtures in the first two matchdays, I do not expect them to beat Scotland or Croatia, and therefore I did not consider their assets.

Further, I also tried to narrow down the options with cheap assets in FanTeam that I would be happy to have players from. For example, whilst Finland have two decent fixtures in MD1 and MD2, apart from Pukki I would not personally be considering any of their players, and therefore, they have not been considered here. With all of the above criteria in mind, here are some teams that rotate well.

All of these rotations involve selecting a player from Austria or Denmark. Both teams have quite a few good, cheap options, as well as a good chance of doing well in the group stages. Both teams rotate very well with Ukraine, Russia, and Croatia.

Using this information, I have selected the following players in my above draft to rotate:

Players that play in more advanced positions for their national team

This is a very important consideration for the Euros. Often, we can become biased by our opinions of players from their club football. Often, the roles they deploy and their general positioning for their clubs is not reflective of the role and positioning for their national team. A great example of this is David Alaba (£5.0m), as discussed in my first article.

In 32 matches for Bayern Munich this season, Alaba has played 22 at CB. However, there is virtually no chance that he plays CB for Austria. Depending on the chosen formation from Franco Foda, Alaba is expected to play on the left wing or as a left central midfielder. He is also expected to be on most free-kicks, corners, and potentially penalties (between him, Arnautovic, and Sabitzer).

Looking at his underlying statistical data across the past season is difficult, due to playing the majority at CB and LB. However, in his 8 games in central midfield for Bayern this season, Alaba has notched 4 assists (an assist every two games). For the national team, Alaba has 25 attacking returns in 51 competitive games (11 goals and 14 assists), once again averaging an attacking return every two games. If Austria score a goal or two, Alaba is often at the heart of it.

Below you can see the heatmap for Alaba in his most recent match in central midfield for the Austrian national team, against the Faroe Islands.

As you can see, even when playing LCM in a 4-4-1-1 formation, Alaba tends to drift out to the left and also plays quite high up the pitch, with lots of action around the edge of the box.

Alaba is just one of a number of players that may play more attacking positions than FanTeam has them listed as, or than they play for their domestic club. Here is a list of the players that I believe will play in more advanced positions:

Captaincy is going to be incredibly important in such a short tournament format, especially considering many of the teams will be fairly similar. From my experience in other Fantasy Football tournaments and formats, it is vital that you make sure you always own one of the top few captaincy options each week. As such, my third and final preview article for the Euros will be a statistical deep-dive into the best captaincy options for Matchday 1 to get off to the best start possible. Here, I have highlighted the teams that I believe it is worth having a premium, captainable option from.

Whilst there are some other great options throughout the tournament (e.g., Netherlands in MD1 and England in MD2), I think that targeting the Hungary fixture in Group F may be a very successful strategy. This would mean owning a Portugal asset in MD1, a France asset in MD2, and a Germany asset in MD3. As you can see, I have Ronaldo in the above draft as I consider him one of the top few captaincy options in the first round of fixtures.

Leaving money in the bank for transfers and price changes

Firstly, leaving money in the bank gives you significantly more flexibility. For example, in my above draft, I have left £0.5m in the bank which in my opinion is probably not quite enough. Imagine that in MD1 Insigne scores two goals and Eriksen gets injured. Having £1.0m in the bank would allow me to make a straight switch, whereas £0.5m leaves me short. The more money you can leave in the bank without sacrificing your starting team the better.

The second consideration is price changes. You may have left £1.5m in the bank to move from Lukaku to Mbappe for MD2, however, if Mbappe is mass-transferred in ahead of MD2 and rises in the first day, that may not be enough. Therefore, leaving an extra £0.5m may be worthwhile if possible.

Building on the prior captaincy discussion, I think there are definitely optimal strategies to make the most of your two free transfers in MD2 and MD3 before you deploy your wildcard. Whilst it is definitely feasible that your team will suffer from rotation and injuries, if you are blessed with a fully fit and playing squad, you can make luxury transfers. I think that targeting Hungary in Group F is the best way to do this.

This would mean doing the following transfers: Portugal player 🡪 France Player 🡪 Germany Player. Indeed, this is the plan with the above squad. I am starting with Ronaldo + £0.5m which should allow me to move to Griezmann (£10.5m) for MD2 if I move before the price changes, and then to Werner (£9.5m) or Muller (£8.5m) for MD3 (Ronaldo 🡪 Griezmann 🡪 Werner). Leaving £0.5m in the bank gives me the chance to go from Ronaldo to Griezmann in MD2, so please do consider your potential transfers ahead of time, and attempt to leave some money in the bank.

@FPL__Raptor
I am a PhD Student and Lecturer in Sport Psychology, with a passion for Fantasy Football. 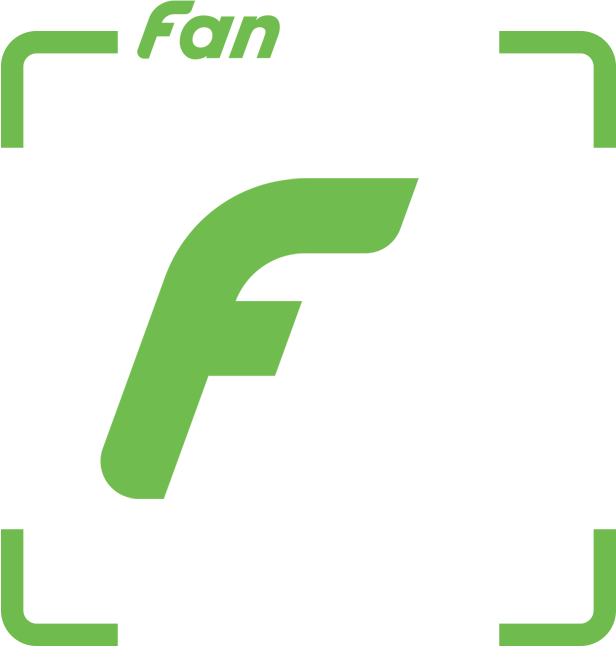