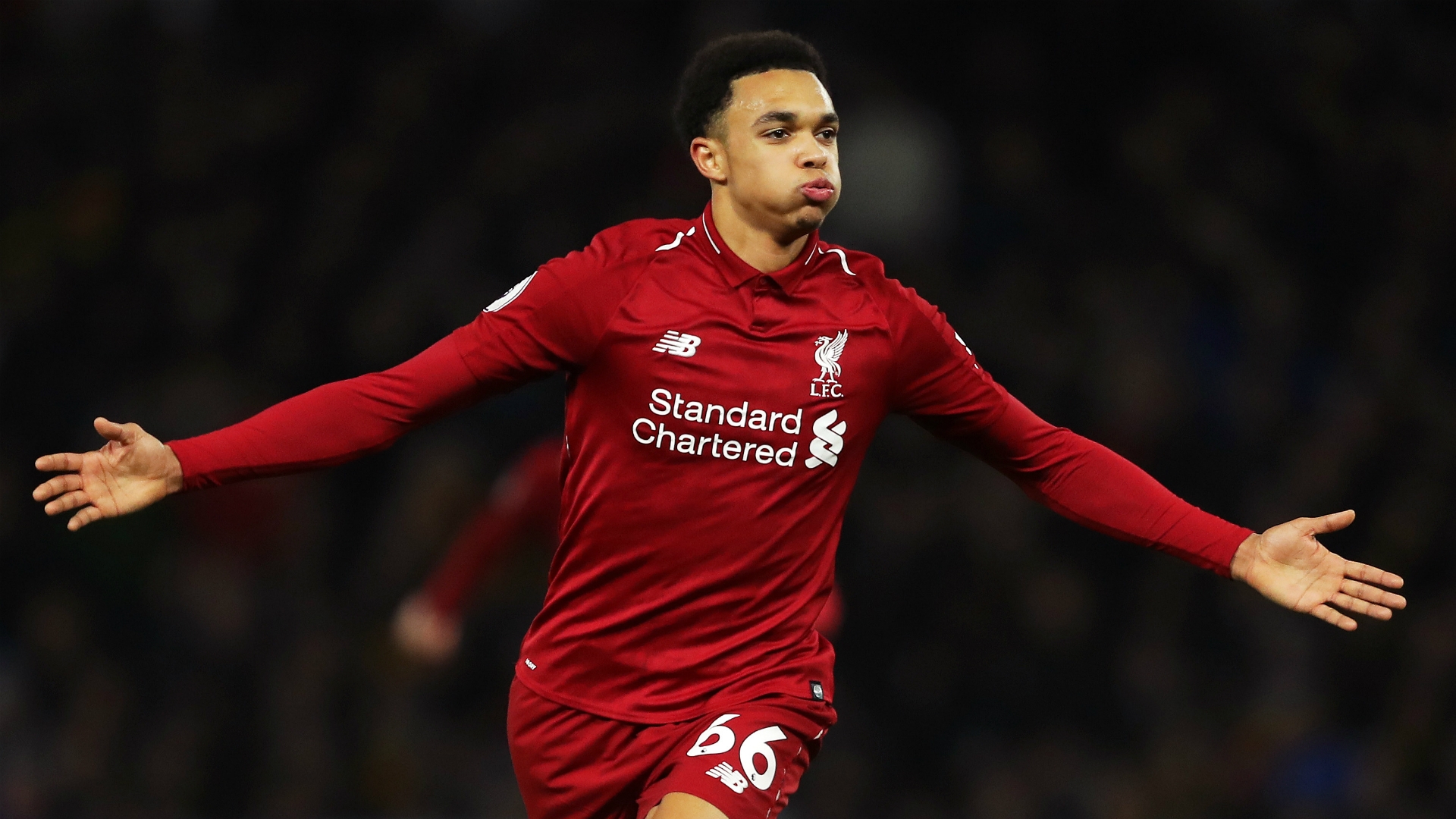 FF Thinker discusses the best options for the GW17 Monster

This is a game that smells of low scoring. Wolves in the last 6 games have only managed 13 shots on target (admittedly the last 2 were against Liverpool and Man City) but given Raul Jiminez is suspended after his brain freeze at the Etihad it is difficult to see where the goals will come from.

Most likely a set piece could be the way to look so wouldn't put people off maybe a defender such as Max Kilman £5.8m or Rayan Ait Nouri £5.7m. Could even see a double up with potentially Jose Sa £6.6m. If you do fancy a set piece goal Ruben Neves £6.5m takes the majority of set pieces and in the absence of the Mexican talisman is likely to be on penalties as well.

From a Brighton perspective everything goes through Leandro Trossard £9.5m and he looks likely to be fit for the clash (we get to see team news for all the Wednesday games) he has had 6 shots on target in the last 5 games and pretty much plays the full 90 each week (getting us the extra point). Neal Maupay £9.4m is another to consider given a couple of goals recently however I just feel this game could fizzle out to a 0-0 draw so think you either go defensively or avoid.

Another where it doesn't shout out goals to me. Burnley in the last 5 games have only had 14 shots on target and 9 of those were in the Crystal Palace game. Watford in comparison have had 25 and in Emmanuel Dennis £8.1m have a striker in great form with 7 shots on target and an xG of 1.57 (4 goals in that period), much has been made in the FPL sphere of the Josh King £7.5m or Emmanuel Dennis debate but both offer great value in the Monster and if money was tight for Dennis the £0.6m saving with King is perfectly viable.

He does have a better xG of 2.34 and has had 5 shots on target, always seems to play the full 90 and crucially is on penalties.

Because of both sides defensive frailties I wouldn't be looking at either defence for this monster, Watford have conceded the most SOT with 39 in the last 6 games (swayed by a games against the big 3) and Burnley have conceded 21 but only played 5 games.

From a Burnley attacking sense your mind is immediately drawn to Chris Wood £9.7m but I don't see why he is priced up more than the Watford pair. And when you actually dig into the stats from Burnley in their last 5 games only 14 shots on target and Wood has had 1 of them. The only asset I am tempted by from the Clarets (and this is team news dependent) is the Ivorian Maxwell Cornet £10.1m, he has had the most shots for the team with 3 over the last 5 games and looks the most threatening, but I just think for the price I would rather play a Watford striker.

I am surprised this game isn't more heavily slanted towards the hosts given the injuries the Saints (especially going forward) have, with Che Adams missing and Armando Broja and Adam Armstrong unable to finish the game at the weekend.

For that reason, and with Willy Caballero in goal, and a defensive view I have no interest in Southampton assets at all. Crystal Palace on the other hand I definitely like a few.

They are very solid defensively in as much as they only concede roughly 3 shots on target most games and will be bolstered by Joachim Andersen £7.4m back to partner Marc Guehi £7.6m and it is the latter I like from an attacking sense as well at set pieces. Usually with defenders you go for full backs but Palace don't exactly have marauding full backs in Mitchell and Ward. And Guehi has had 3 shots on target and 2 goals in the last 6 games. I would definitely consider the defensive double with Vicente Guaita £8m but am also tempted by a double up attacking with Connor Gallagher £9.9m, Wilfred Zaha £9.3m and Christian Benteke £9.2m all viable options.

Gallagher is obviously a man in form having scored 3 goals in the last 6, another 5 shots on target, takes a large chunk of set pieces and plays 90 most weeks. Zaha also tends to play the full 90, most likely on penalties and has had 4 shots on target on top of his goal in the same 6.

But the one that really intrigues me is Benteke, he has had 17 shots in the last 6 games (7 on target) has scored 2 goals and has the highest xG for the team with 2.52, all of this whilst playing around only 373 of a possible 540 he could be a real differential that could prove the difference.

A game where I could see both teams scoring given in the last 6 they have conceded 36 and 30 shots on target respectively. Emile Smith Rowe is likely to be pushing for inclusion unlike ex captain Aubameyang who won't be considered for the game, but I can see Arteta naming the same XI for the third game in a row so from an attacking sense it could bring players such as Alexander Lacazette £9.6m and Martin Odegaard £9.2m into consideration. However the hosts like the Hammers tend to share around their goals as well as their chances so it is difficult to nail a good selection.

I feel that the defensive midfield is where this game will be won and I favour Rice and Soucek over potentially Partey and Xhaka so if I was to pick a player from this game it would be old favourite Jarrod Bowen £8m, he has the highest xG for the Hammers by some distance in the last 6 games, had 12 shots (4 on target) and also takes the majority of corners, something which Arsenal struggle to defend against.

Given news reports today this game could be absolutely anything given COVID and injuries in both camps. Leicester are ravaged by injuries especially at centre back with no recognised centre back fit with Evans, Vestergaard, Soyoncu, Fofana and Benkovic all out. It looks like it may force Rodgers to play Wilfred Ndidi into the back line either alongside a youngster or maybe a back 3 with Timothy Castagne and Ryan Bertrand slotting in.

Either way this could lead to this being the best chance for Tottenham to get their forwards firing. The main option currently from the Foxes seems to be James Maddison £10.2m who scored 3 goals in his last 6, had 9 shots on target and is also on all the set pieces, however he does come up against a Spurs side showing early signs of tightening up at the back, plus I think he is just a tad pricey.

Conte revealed today that he has 16 players training and it is difficult to know for sure who is available, Heung Min Son £8.9m is rumoured to have been one of those with COVID so is probably worth avoiding given the price difference between him and his likely safety net in Dele Alli is £1.5m. The obvious pick is Harry Kane £8m and even though he has performed extremely poorly so far this year at that price against a weakened opposition he looks a great play. He has had 4 shots on target in his last 4 games, so let's hope this is the game that gets him going for the season.

This is another case of a big team coming up against a depleted opposition. Everton have ruled out Richarlison, Calvert Lewin, Digne and Townsend which couldn't come at a worse time with a trip to current European champions. I just can't see anything but a Chelsea win and probably a clean sheet.

The defensive double up is probably not on just because of value. But I do like the look of Reece James £12m who will undoubtedly attack consistently against whoever plays left back for Everton. And due to his crossing ability and confirmation from Tuchel that Romelu Lukaku £13.7m will play 70 minutes in this game, the 2 could quite easily combine for returns. You are obviously taking that on historical showing rather than recent stats due to him only appearing off the bench but I still think this is the perfect game to come back in for.

My other selection is Mason Mount £14.1m who has the history as well as current stats backing him up. 3 goals and 6 shots on target in his last 6 games and shares set piece responsibility with Marcos Alonso, he for me is my the safest yet highest ceiling option in the team currently.

Another potential one sided clash at Anfield to finish the Monster and the big question will be whether you go against Mohamed Salah £15.5m given his huge (but justified) price tag against a Newcastle who, even though they have tightened up since Eddie Howe took over, just shipped 4 goals to Leicester and come up against a trio of Liverpool attackers bang in form.

Similar to the Chelsea game I could again see a Liverpool clean sheet but the double up seems to expensive so would happily go with just one in Trent Alexander Arnold £11.9m who given the oppositions weakness to crosses could pepper them in all night.

Going forward again you are probably only going to be able to afford one, and Salah is undoubtedly going to be the most popular given his 23 shots (8 on target) and 4 goals in his last 6, but Diogo Jota £14.2m also has 4 goals in the same period has had slightly fewer shots with 19 (6 on target) but does have a higher NPxG (3.86 vs 3.06) and has played 100 less minutes.

@FF_Thinker
Fan Team Focus Creator from NFL to Football, if there is a stat I am in!