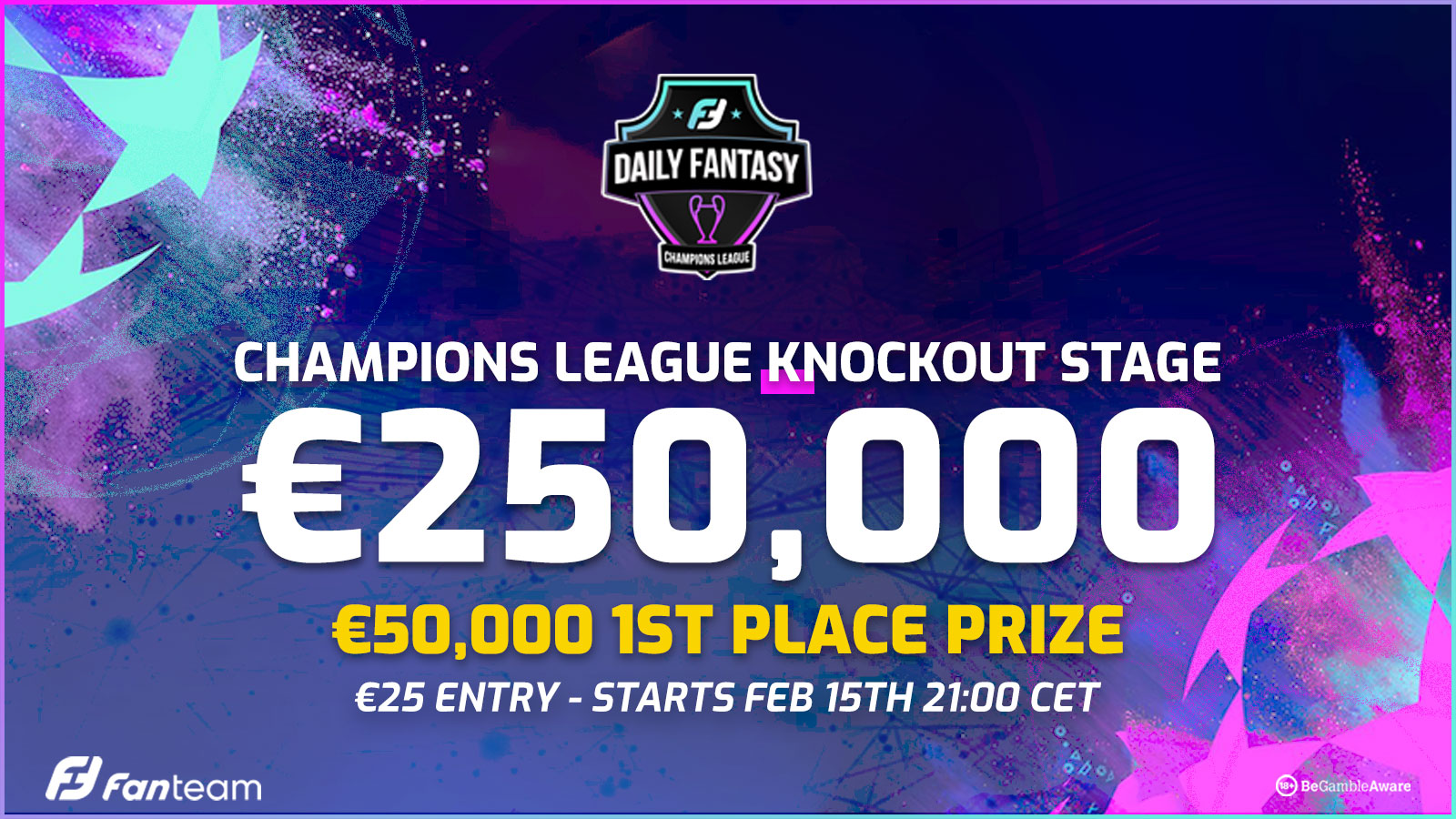 Before digging into the detail we will first look at the prize structure, scoring and rules to hopefully see us scour the heady heights of the Top 10 and a life changing pay day.

As you can see the prize structure is quite steep with only the Top 10 hitting 4 figures, however there will be plenty of scope and opportunity to keep building the cashflow whilst learning more about the technique needed to take down a contest of this size.

For anyone familiar with any of the season long or monster contests on FanTeam, the scoring structure is standard with clean sheets, goals and assists as usual, with the additional points coming from midfielders and strikers who play the full 90 minutes, those that have shots on target and obviously the impact points (both positive and negative). And this could be somewhere to focus when it comes to value picks needed to enable those big priced premiums!

Key things to takeaway from the rules are as follows

The tournament is essentially split into 3 segments. The first part covers the Round of 16, the 2nd part is the Quarter Finals and the final part covers the Semi Final and Final. The first 2 parts are 2 legged ties so between the first legs and second you get to make 3 transfers (which can't be carried over).

Between the 3 segments we get 2 wildcards so there is no need to look too far ahead we can just concentrate on the Round of 16 ties initially.

PSG - Runners Up in Group A behind Manchester City finishing with 11 points scoring 13 goals and conceding 8.

This match is one of the closest in terms of bookmakers odds and should be an absolute cracker. Both sides have injury doubts although it looks as though Karim Benzema £11m and Neymar £10.5m could both be fit.

So far this season the best options look to be Lionel Messi £11m who has managed 5 goals in the group stages and averages 1.6 shots on target per game, Kylian Mbappe £11.5m who has 4 goals and 4 assists and from a Spanish perspective Benzema had 5 goals and 1 assist who himself averages 2 shots per game.

Preference for me would be with the Argentinian maestro who is that bit cheaper and is more likely to play the full 90 minutes (every point could count!)

If you were looking to go cheaper from either of the sides the 2 that stick out are Angel Di Maria £9.5m, given we will see the team sheets prior to the tournament closing or from Madrid Toni Kroos £8.5m who had 2 goals in the group stages, 4 shots on target and could offer a route to bigger impact options.

I think Real Madrid were slightly flattered by the group they ended up in (the opposite of PSG vs Man City and Leipzig) so especially in this first game can see a PSG victory.  I personally would avoid defensive options as I fancy both teams to score.

Sporting Lisbon - Runners Up in Group C behind Ajax finishing with 9 points scoring 14 goals and conceding 12.

Manchester City- Won Group A ahead of PSG finishing with 12 points scoring 18 goals and conceding 10.

This match is the opposite to the previous encounter with Manchester City being one of the biggest favourites to go through. Manchester City are definitely without Kyle Walker, Jack Grealish and Gabriel Jesus so we can be pretty sure who is likely to start (we will get to see the teams if we need to make any last minute adjustments).

From a Sporting Lisbon perspective the only 2 that would interest me from a purely value point of view is Pedro Gonsalves £7m with 4 goals and 2 assists or Paulinho £7m with 3 goals and 1 assist. I would not be surprised if they scored especially in the home fixture and again at £7m would allow a lot of budget to spent elsewhere.

For that reason I would be wary of going for Joao Cancelo £8.5m for all his attacking potential, Man City didn't keep a clean sheet once in the group stages and I think they may struggle to in the 1st leg.

On the flip side of that I think they will score at least once and the main man in the groups was Riyad Mahrez £11.5m who notched 5 goals with 9 shots on target. He scored almost double the next best midfield option, is on penalties and if he doesn't start in the 2nd leg his safety net is Sterling followed by Foden.

I feel both teams will score but could City racking up 3, so for me Mahrez is a strong contender for the armband.

Inter - Runners Up in Group D behind Real Madrid finishing with 10 points scoring 8 goals and conceding 5.

Liverpool - Won Group B ahead of Atletico Madrid finishing with 18 points scoring 17 goals and conceding 6.

A throwback to a European classic with 2 of the super powers, with both teams sitting 2nd in their respective leagues. Inter have only conceded 20 goals in Serie A this year so won't be a push over in this tie having only conceded 5 in the group stages.

Liverpool dominated the group stages without dropping a point but I think there is enough doubt about how well they will stack up against a fierce Italian defence. Unlike Manchester City I don't think there is as much of a guarantee of Inter scoring only managing 8 in the groups.

The players to pick out are probably Ivan Perisic £8m and Edin Dzeko £9.5m who has 3 goals 1 assist and 9 shots on target.

The 2 obvious picks for Liverpool are Mohamed Salah £12.5m, 7 goals in the groups, and Trent Alexander Arnold £8.5m who does have 3 assists in the 3 games he has played, although Virgil Van Dijk £7.5m could be worth the drop in value for upgrades elsewhere.

Salzburg - Runners Up in Group G behind Lille finishing with 10 points scoring 8 goals and conceding 6.

Another one sided contest where the best options surely lie with the German outfit.

The 2 value options I would potentially look at for Salzburg are Brendan Aaronson £6.5m purely from a value perspective and the fact he plays 90 minutes so would guarantee you 2.7 points if they were to lose.

Karim Adeyami £7m has managed 3 goals and 2 assists in the group stages and looks the main threat. However he is coming up against the best defence left in the competition.

Chelsea - Runners Up in Group H behind Juventus finishing with 13 points scoring 13 goals and conceding 4.

2 teams who had very tight defences in the group stages and in Chelsea's case I can see that continuing here and are definitely a team I want to target with the 1st leg being at Stamford Bridge.

They managed 13 goals in the group stages but no 1 player really stuck out and with my preferred option Mason Mount doubtful for the game I will swerve them at least for the 1st leg. I really fancy a Chelsea triple up defensively in this game and with only Reece James and Edouard Mendy valued at £8m and pretty much any other option being £7.5m you can get a premium defence for £23m, definitely the way to go for those looking for the win and not just looking to place.

From a Lille perspective, the only who offers potential is Jonathan David £7.5m who notched 3 goals in the groups but for me it is a Chelsea stack.

Villareal - Runners Up in Group F behind Man Utd finishing with 11 points scoring 11 goals and conceding 8.

Another tight game where I can see the Spanish hosts digging in during a tight 1st leg. Juventus are struggling somewhat in Serie A this season only sitting 4th having lost Federico Chiesa £9m for the season.

I don't think Juventus are worth the money they have been priced up at so would rather take them on with 2 options from Villareal. First up the goalkeeper Geronimo Rulli £7m who I think represents decent value tied in with a chance of a clean sheet.

But the main pick is Arnaut Danjuma £8m who managed 4 goals and 2 assists and also 6 other shots on target. He plays the majority of the minutes as well and would look to be the dangerman with other injuries in the team.

Atletico Madrid - Runners Up in Group B behind Liverpool finishing with 7 points scoring 7 goals and conceding 8.

A game where defensive assets are definitely an avoid with both teams struggling to regain former glories for defensive prowess.

Attacking wise as well, the Spanish sides main threat in the group stages was Antoine Griezmann £9.5m who notched 4 goals and an assist however he is ruled out with injury so the only options I would be looking at in this game are United's 2 premium assets.

Bruno Fernandes £10m provided 5 assists in the groups and recently in the league has started to regain his form from last season, but the one for me has to be Cristiano Ronaldo £10.5m who scored 6 goals and averaged the most shots per game at 2.4.

Not only that coming up against the Madrid rivals he did so well against at the Bernabeu including in the Champions League final he looks a great option if the budget can stretch.

Benfica - Runners Up in Group E behind Bayern Munich finishing with 8 points scoring 7 goals and conceding 9.

The final game in which I think the only place to look for options is in the Ajax team, Sebastian Haller £11m finished top goalscorer in the group stages with 10 goals and 2 assists so looks an obvious target to continue that streak.

The other 2 midfield options I am considering are Antony £9m who had 2 goals and 4 assists in the group stages and if budget is tight you could drop £1m and go for Ryan Gravenberch who may not offer as much attacking threat but played every minute of the group stages which is an extra 6 points.

With less than 24 hours to go I am currently on the above but all subject to change.

Good Luck to all those competing!

@FF_Thinker
Love a stat and spreadsheet