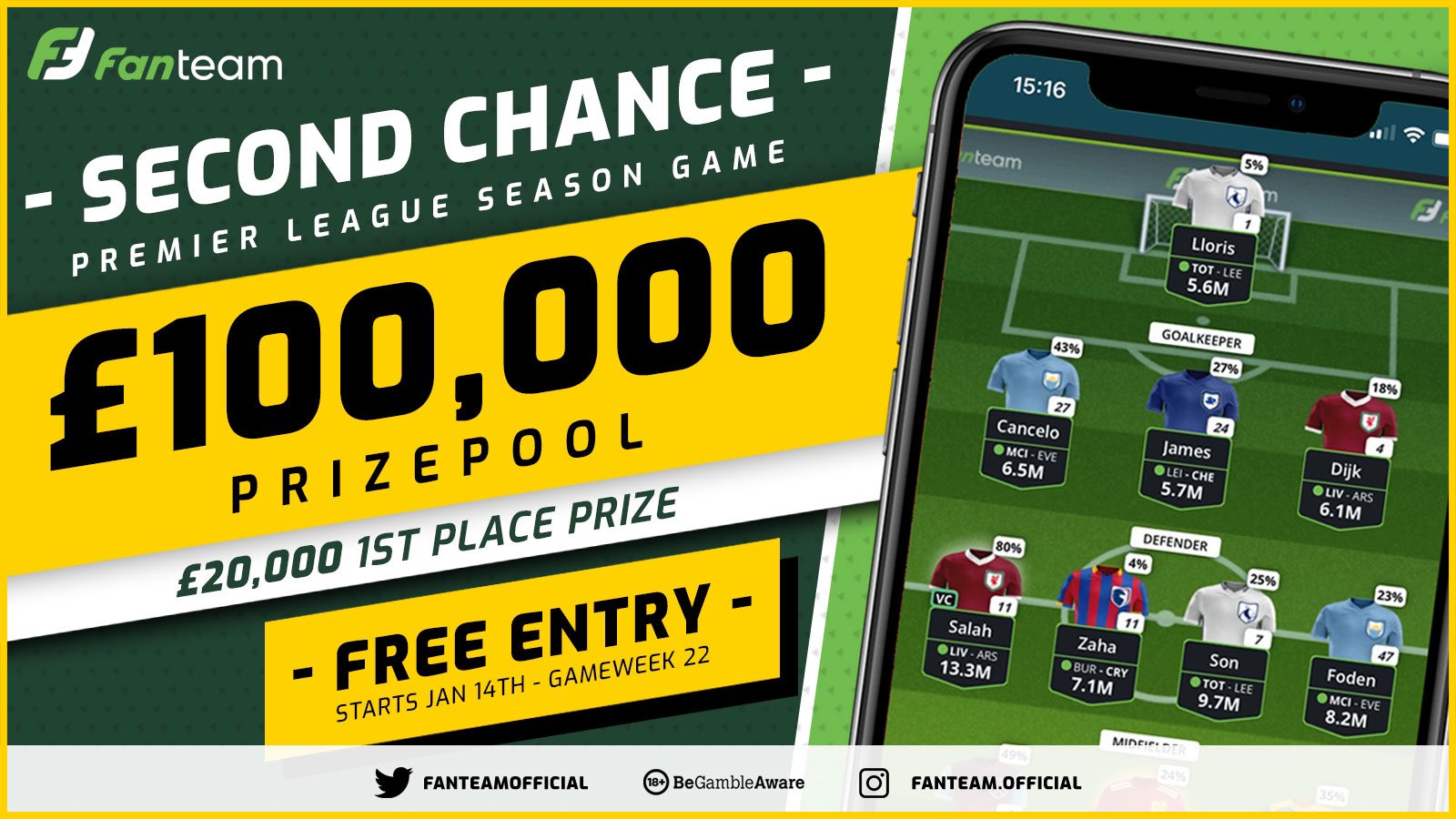 Welcome to the 3rd in a series of brief Q&As, delving into the minds of some of the most prominent Fantasy Football minds both on FanTeam and further afield to get their thoughts on the upcoming 2nd chance tournament kicking off on the 14th January.

Before we get into it with the host of the FanTeam Focus podcast just a brief overview of the rules, scoring and payout for the contest.

Probably 3, spread my options in one, couple of block defences in another and then attack the first couple of weeks of the season in the 3rd.

I think is less the length of the tournament and more the prize structure that will effect my strategy, to win big money you are going to need a top 50 finish so a fast start is crucial. So I will be looking to attack the first 4 gameweeks and if it all goes wrong I still feel I can turn it around to cash for a bit of money back (Top 4000 get at least £5). If it goes right then it is a great base to push on for the remaining 12 weeks.

Definitely will change my mindset as usually it is difficult to play Pep roulette successfully, where as here just pick a price point and accept whoever starts. A common tactic will be to avoid teams who have blanks coming up and roll transfers as long as possible, but perhaps a Chelsea asset for the double in the first week (albeit one of the games is vs Man City) followed by a game vs Tottenham could be a great differential before using a transfer. Also worth bearing in mind there is a 2 week gap between the 2nd and 3rd gameweek and as we know best not to focus too long term all the time in fantasy sports this year.

Daniel Bachmann - This is a short term punt before turning to Nick Pope. I would love Pope from the start just for his extra games (4 - more than any other team) but there first 5 are LEI, WAT, ARS, MUN, LIV where in comparison Watford have NEW, BUR, NOR, WHM, BHA and although they haven't kept a clean sheet yet save points alone should have him close to Pope with the saving of £1.1m currently spent elsewhere there is also the possibility Watford have another postponement dropped into that period which makes it even more tempting.

Ollie Watkins - As much as I love the player in the season long contest I worry about his involvement and positioning in an Aston Villa team that I don't yet think Steven Gerrard has nailed and the rumoured transfer in off Phillippe Coutinho only heightens that issue.

Properly study the safety nets for all your picks to make sure you will get an 11 out each week and keep your eye on the fixture to pick up when teams may be having blanks going forward (ideally follow Ben Crellin on Twitter!)